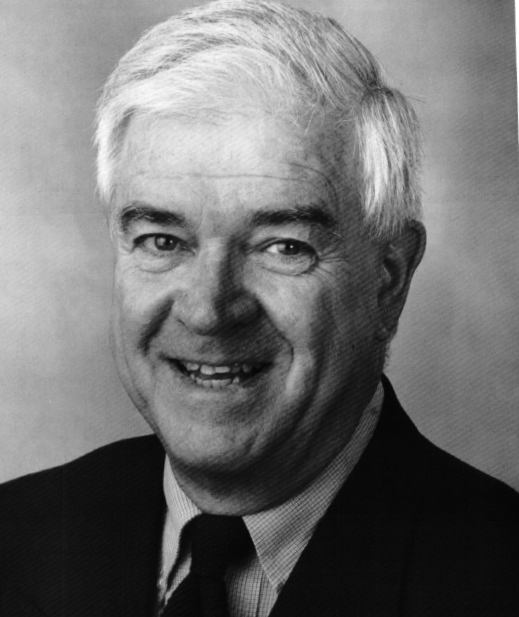 Abbott attended Brooklyn Preparatory High School and graduated with the class of 1950. After high school, he attended Fordham University where he majored in English and Philosophy.  In 1954 he received his Bachelor of Science degree and was commissioned a Second Lieutenant in the Field Artillery, through the Army Reserve Officer Training Corps Program.  He transferred to the Air Defense Artillery Corps after graduating from the US Army Artillery and Missile School career course in 1962. In 1972 he received a Master of Education Degree from Boston University.

From 1954 to 1974, LTC Morgan’s, USA (Ret.), military assignments included a combat tour in Vietnam, two tours in Europe, one tour in Thailand. He held various command and staff positions; specialized as a Public Affairs Officer, a Speech Writer, Community Relations, magazine/newspaper publication (THE HURRICANE) and radio production. He was the liaison to the White House Press Corps and a planner for President Richard M. Nixon’s visit to the Republic of Vietnam.  In 1969 and 1971, he earned the Department of Defense Thomas Jefferson Award for excellence in military journalism.

It was during his first tour of Europe, on October 2, 1957, he met the love of his life, Marjorie Santley, during Oktoberfest at the Hofbrauhaus in Münich, Germany. They were married on February 25, 1958 by the Bürgermeister in Mainz, Germany and the rest was one continuous honeymoon and blissful history. After several assignments throughout the US, they settled in Watkins Glen, NY in 1966. LTC Morgan retired from the US Army on August 31, 1974, after 20 years of service.

One week after retiring, he accepted a teaching position at Watkins Glen High School where, for 20 years, he thrived on shaping the proper use of the English language to his students in grades 9-12.

Outside the classroom, Abbott’s extracurricular activities include advisor to the school newspaper; Yearbook advisor; class advisor to grades 9-10; ski club advisor; member of the HS committee for excellence in education; and public sports announcer. He was school play director for ten years. In 1992, he was awarded the Watkins Glen Year Book “Teacher of the Year Dedication.” In June 1994, he retired from teaching. Additionally, during these twenty years, Abbott was a charter member and co-founder of the local community theatre group, The Lake Country Players, where he acted, produced and directed plays and was instrumental in its success. During the summer months, Abbott enjoyed the peace and quiet of Seneca Lake life at his cottage with his wife and sons.

“Out the door in ’94!”  After retiring from teaching in June 1994, Abbott and Marjorie relocated to Crystal Beach, Florida (eventually settling in Tarpon Springs) and promptly founded the community theatre group “The West Coast Players” where in 1995, Abbott directed his first play, Noel Coward’s “Blythe Spirit”. Abbott won multiple “Star Awards” for his own acting and directing, but also won for his actors and directors too, which is why so many talented thespians flocked to his auditions for the opportunity to perform with such stellar talent. He acted and/or directed in over 60 plays. In 2012, Abbott was awarded Florida’s Suncoast Theatre’s “The Lloyd Lewis Lifetime Achievement Award” for a Lifetime of Dedication to the Quality of Community Theatre. Abbott stated during his acceptance speech, his greatest lifetime achievement was his marriage to his wife, Marjorie.

Abbott was a skeptical historian of Shakespeare often questioning the legitimacy of his writings, but he did enjoy reading and performing his plays. In 2008, performing in an abbreviated version of Hamlet, Abbott embraced the role of Polonius, the chief advisor to the King. Uttering one of Shakespeare’s most often quoted lines, “this above all: to thine own self be true, and it must follow, as the night the day, Thou canst not then be false to any man.” Abbott has always been true to himself as a human being, to the English language, and to those who knew, respected and loved him.

There will be a visittaion on Tuesday, June 23rd  from 9am-10am at ALife Tribute- Largo with funeral Mass following 11am at St. Catherine of Siena Catholic Church, Largo, FL.

Graveside services will be held in Arlington National Cemetery on Wednesday, October 21, 2020 at 10:45AM with full military honors.

In lieu of flowers, memorial donations may be made to the Gary Sinise Foundation.

To send flowers to the family or plant a tree in memory of Abbott Morgan, please visit Tribute Store
Tuesday
23
June