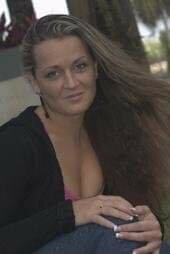 A lifelong resident of St. Petersburg, Mandy was born at St. Anthony’s Hospital, March 16, 1985. She attended Dixie Hollins High School and Boca Ciega High school where she was a Cheerleader. She also attended St. Petersburg College, studying psychology in hopes of becoming an addiction counselor.

Amanda and her brother played T-ball together for Meadowlawn Little League when they were young. During a game the entire team ran off the field and to the ice cream truck that was driving by. Thus, ending any illustrious baseball career there may have been. Amanda also took gymnastics and was a brownie, she and her sister once sold 300 cases of Girl Scout Cookies to the St. Petersburg Police Dept.. In her early and late teens Amanda was modeling for John Casablanca’s Modeling Agency. She became a server and worked for Winghouse and Bubba Gump Shrimp Store.

There will be a private viewing for family only

To send flowers to the family or plant a tree in memory of Amanda McLaughlin , please visit Tribute Store
Saturday
17
September