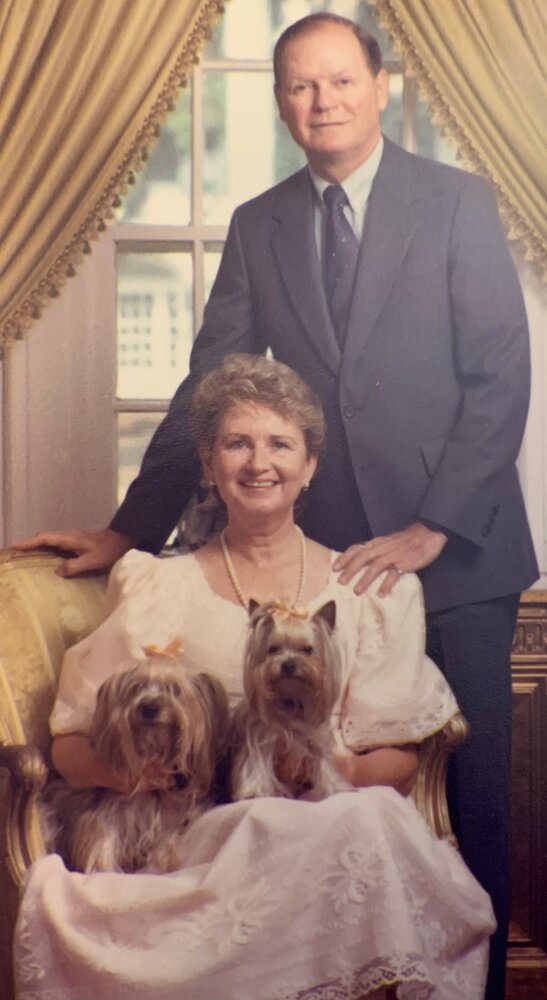 Born at Mound Park Hospital in St. Petersburg, FL on November 11th, 1932, she was a proud member of the St. Petersburg community, and an extremely proud mother and grandmother.

She is predeceased by her husband Thomas McKendree Tucker, a local attorney, by her brothers Charles Harvey Sullivan, a retired Marine Corps Colonel, and Daniel James Sullivan III, a retired professional tennis player, by her parents Estelle Harvey Sullivan Forester, and Daniel James Sullivan, Jr. and by her grandparents Lucille and C.A. Harvey, who was an early St. Petersburg developer of Bayboro Harbor and the Old Southeast neighborhood.

Mrs. Tucker graduated from St. Petersburg Highschool in 1950, and from Florida State University with a Bachelor of Arts degree in Journalism in 1954. She did graduate work in English education at the University of South Florida. She taught English in local middle and high schools, and for many years at St. Petersburg College as an adjunct professor. She worked for ten years as Director of Development at Brookwood, a residential treatment program for at-risk teenage girls.

Jeanne and Tom Tucker loved to travel and took many trips to Europe, the Middle East, and around the United States. After Tom’s death, Jeanne continued to take travel-study tours to Europe, Israel and Greece.

From the time she was a child, Mrs. Tucker read at least five books a week on many different subjects. She particularly liked novels of the 20th century, and was also a bible scholar. She also loved crossword puzzles (the more difficult, the better!). She was a lover of the arts, but in her words, “she couldn’t draw a stick figure”. She came from a family of musicians and loved music, but “she couldn’t carry a tune”. However, she could teach anyone to write a coherent essay, and took great pride in teaching.

Her children and grandchildren were the joys of her life, and they, along with generations of students she taught, will remember her for her wit and wisdom. She had strong opinions about everything in life, and always respected the differing opinions of others. She loved her friends and hopes she will be remembered fondly.

In lieu of flowers, the family suggests contributions to St. Peter’s Cathedral or the St. Petersburg Museum of Fine Arts.

To send flowers to the family or plant a tree in memory of Jeanne Tucker , please visit Tribute Store

Share Your Memory of
Jeanne
Upload Your Memory View All Memories
Be the first to upload a memory!
Share A Memory
Send Flowers