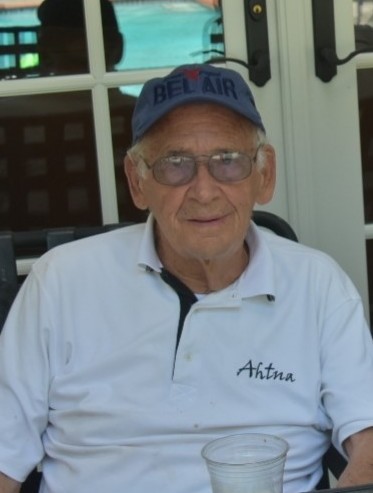 Joseph was a life-long resident of Berlin, Ct before retiring to Seminole, FL.  He initiated, with two other Marines, the Marine Corps League in Berlin, CT. He served as the Commandant of the Marine Corps League there for 4 years.  The Toys For Tots Drive was also a main focus every year there which he was very proud of. Also their Easter Egg Hunts were looked forward to by children in surrounding towns every Easter. He had served in the Marine Corps from 1951 - 1953 during the Korean War. He worked for Sunshine Biscuit as a Salesman and then General Cigar - holding many positions while there for many years.  Joe enjoyed spending time with his family, especially his grandchildren and great grandchildren above all else. He was a wonderful friend and he enjoyed being with them and entertaining them.

He was predeceased by his daughter, Judith Sicuranza, in June of 2019.

Joseph is survived by his two children, his son, Joseph B Sachetti, Jr., and his wife Bette, of Finksburg, MD., and his daughter, Rebecca M Hale, and her husband Jeff, of BelAir, MD., and their mother Doris Sachetti.

Joe leaves a sister Nancy Kirejzyk, and her husband Steve, of Old Lyme, CT, and a brother Ernest Sachetti, and his wife Diane, of Naples, Fl.  Joe also leaves many nieces and nephews.

Joe was a loving father, grandfather and Great Grandfather that was immensely proud of his grands and greats.  He will be sorely missed.

To send flowers to the family or plant a tree in memory of Joseph Sachetti, please visit Tribute Store
Monday
16
September

Share Your Memory of
Joseph
Upload Your Memory View All Memories
Be the first to upload a memory!
Share A Memory
Send Flowers