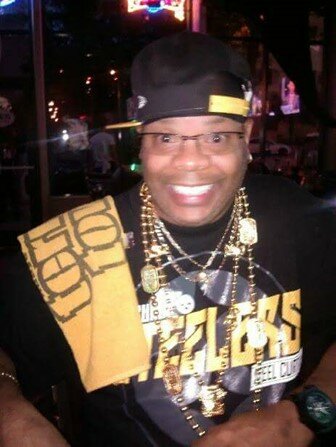 Horace was born March 3, 1961 to the late Florance Tot and Horace Hewlett Sr. Raised by the late James Sr. and Alberta Tucker.

He was educated in the Pittsburgh Public School system and graduated from South Hills High School.  Horace was married to his ex-wife Tina R. Hewlett from 11/3/2002 until 2010. Horace relocated to Florida in 1999 and fell in love with the sunshine and all the wonderful friends he made.

Throughout his life Horace worked as graphic artist, and chef but he found his real passion in bartending which allowed him to culminate a career of 17 years with St. Petersburg Yacht club which he always described as the best job ever

He is survived by his siblings James Jr. (Carylotta), Donald (Barbara), Linda (Lam) his ex-wife Tina, and his sister in-law Dawn M. Lites, his friend and advocate Jim (Gina) and his best man George Massey.  He also leaves behind a host of cousins, nieces, nephews and friends turned Family. As well as his entire St. Petersburg Yacht Club family.

His greatest enjoyments were fishing, drawing, shooting pool, having fun with friends and most of all his family. Horace was the life of every party he could light up a room with his infectious smile and charismatic personality. Horace loved with 100% of his heart and made friends wherever he went. He had the most radiant smile and outgoing personality you would ever see, and simply by being himself he was able to make an astounding impact on countless people because there were no limits to the distances, he would go for any of his loved ones.

The family wishes to thank

everyone for their prayers, love

and support throughout this difficult time.

To send flowers to the family or plant a tree in memory of Horace Hewlett, Jr, please visit Tribute Store
Print
Tuesday
18
October