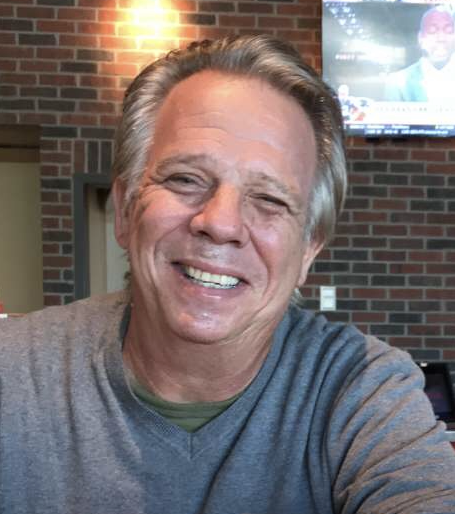 John Robert "Jack" Kaylor, of Seminole, FL, passed away suddenly on Friday, August 26, 2022. Jack was 60 years old. He was born on September 22, 1961, in Saint Petersburg, FL, to Bob and Joann Kaylor. Jack is the youngest of five siblings. He fathered and devotedly raised four children with his ex-wife, Jean.

A dedicated Gator fan, Jack loved to watch football, baseball, golf, and NASCAR. Quite the athlete himself, you could also find him at the beach playing frisbee, volleyball, or catch with his kids. Blessed with web feet and strangely proud of them, Jack was an excellent swimmer, capable of holding his breath for an almost scary length of time - which came in handy when swimming with his grandson or grandnieces. One thing is sure, he raised his children to be winners.

He loved music, especially in the form of the occasional DVD concert featuring the likes of Elton John, Fleetwood Mac, or Adele. The man could dance and always brought the party with him. A die-hard Chevy loyalist that drove a Honda Civic, Jack loved tinkering and modifying cars with his friends and coworkers. He made a lasting imprint on so many people's lives because he was always comfortable in his own skin and an endless source of optimism and joy.

More than anything else, he adored his family. A bright and gregarious soul, Jack was graced with a limitless well filled with love and compassion for others. Jack offered encouragement, support, and the occasional heckle without effort or hesitation. He will be greatly missed by his many friends, fellow UPSers, and loved ones who knew him as a beloved father, a proud grandfather, a boisterous younger brother, an encouraging uncle, a committed and loyal friend, and the kindliest man to any stranger who was lucky enough to have met him.

Jack is preceded in death by his father, Bob, his mother, Joann, and his sister, Patti. He is survived by his son, Ben (Samantha), his daughters: McKenzie (Ryan), Mariah, and Marisa (Dylan), his grandson, Grayson, his brother, Mike, his sisters, Jill and Mary, and several adoring cousins, nephews, nieces, grandnieces, and grandnephews that comprise of the "Kaylor Clan."

Jack's friends, family, and loved ones are invited to a Memorial Mass service organized by his children at Saint Paul's Catholic Church in St. Petersburg, FL, on Thursday, September 1, 2022, at 11:00 AM. Following the service, the family will host a celebration of life at the St. Petersburg Shuffleboard Club on 559 Mirror Lake Drive from 12:15 PM to 3:00 PM.

To send flowers to the family or plant a tree in memory of Jack Kaylor, please visit Tribute Store
Thursday
1
September