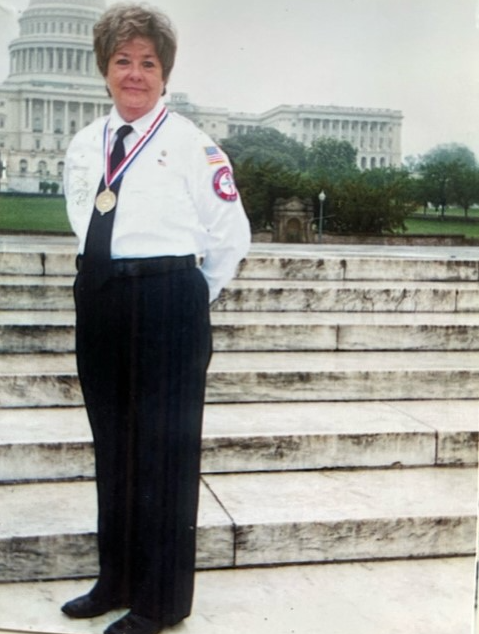 In loving tribute to an “adrenaline junkie!”

Born in Cincinnati, Ohio to Charles and Shirley Neff, relocated to Florida with her husband Donald Schnur and her two sons David and Darrin in 1978.  Once settled in Pinellas County she pursued nursing at St. Pete College.  While attending night classes a fellow student announced he became an EMT with Pinellas Ambulance for the field experience - after he told her she was not capable to do the same - she applied and did.  Next, after being told she could never be a paramedic - she studied and became one of the first female and one of the best paramedics in the state of Florida. As a paramedic for Gulfport Fire Department she was kidded that she could never possibly become a firefighter - she passed the tests and aced the agility portion with even better scores than (fire-fighter) husband #2 did. For a brief period of time she was a medic on an air ambulance.  She won the Star of Life for her outstanding work as a Paramedic including a trip to Washington DC to meet President George W. Bush, members of Congress, and was presented a flag that was flown over the Capitol.  On off days, from her 24 hour on 48 hours off shifts she filled in as an ER nurse, mostly in the emergency room at Mease Dunedin. When no longer able to be on the streetsm, she continued to work for Sunstar, stocking the ambulances and still keeping her drug credentials and patches.

Dottie was preceded in her death by her son David Matthew of Largo. She is survived by son Darrin and granddaughter Megan Armstrong.

In short, there was never a challenge or task she would not attempt and accomplish.  Her regret was not being able to continue her career longer.  She survived two heart attacks, an aortic aneurism and one battle with lung cancer - the second battle is where she met her match.   Love you mom - 7/9/1945 - 8/18/2022

In lieu of flowers, the family suggests donations to Empath Hospice or your local Fire Department in Dottie's honor. Service details will be posted when finalized.