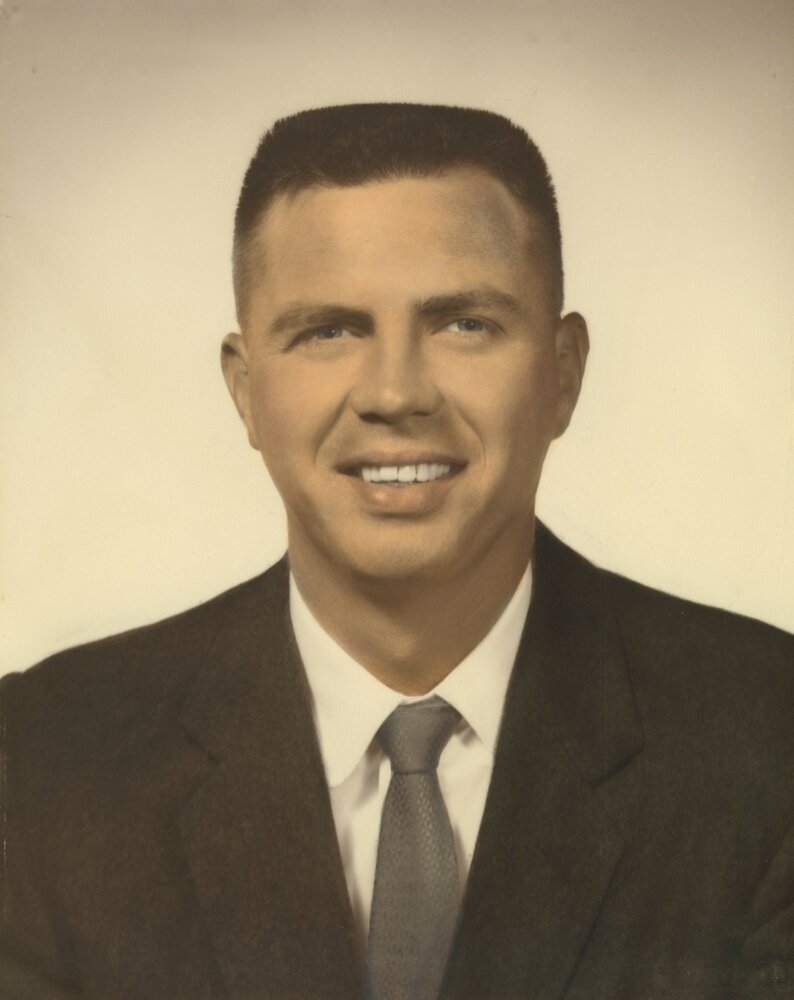 Bueary Tascar Williams, Jr, 95, of Largo, Florida passed away on May 28, 2022. Tascar was born in Albany, Georgia in 1927 to Tascar Sr. and Claudia Garrett Williams, and was the oldest of their two children.

Tascar enlisted in the Navy in 1944 and served his country with pride.  Tascar earned his undergraduate degree in Music Education at Georgia Teachers College and his Master in Music Education from the College of Education/Department of the School of Music at the University of Georgia in 1959, and his Specialist in Educational Administration from UGA in 1970. He remained an avid Bulldog fan the rest of his life.

In addition to playing professionally in dance bands, his first job was teaching music in Hazlehurst, Georgia.  It was in Hazlehurst he met and married Joan Scarboro from Lyons, Georgia. They went on to have two children who were his pride and joy, Marty Maddox and Trey Williams.

His career took him to Griffin, Georgia where he served as high school band director for many years and later again as high school principal. It was during this time that he formed Tascar’s Tom Cats, his swing band.  His career took him through several different locations, but he returned to Griffin for his final work years. Once he retired from teaching and administration, he opened a music store, re-energized Tascar’s Tom Cats, and became caretaker for several family members. He was able to pursue his life-long passion for building and flying remote control airplanes as a member of the Flying Griffins, serving a term as president. It was through this passion he made life-long friends.

Tascar will be remembered for being an amazing mentor, educator, musician, avid RC Modeler and the most loving father, brother, and grandfather. Tascar is survived by his two children, Marty Maddox of Seminole, FL and Trey Williams of St. Petersburg, FL, his younger brother, Leslie Williams of Dallas, GA, his 2 grandchildren, Josh Maddox of Edgewater, FL and Anna Maddox of Belmont, NC, and his cousin Gloria Polis from Jackson, WY.

There will be no service per his wishes. In remembrance, donations may be made to Suncoast Hospice in honor of the loving care they provided to him:   https://suncoasthospice.org/donate/

To send flowers to the family or plant a tree in memory of Tascar Williams, Jr, please visit Tribute Store