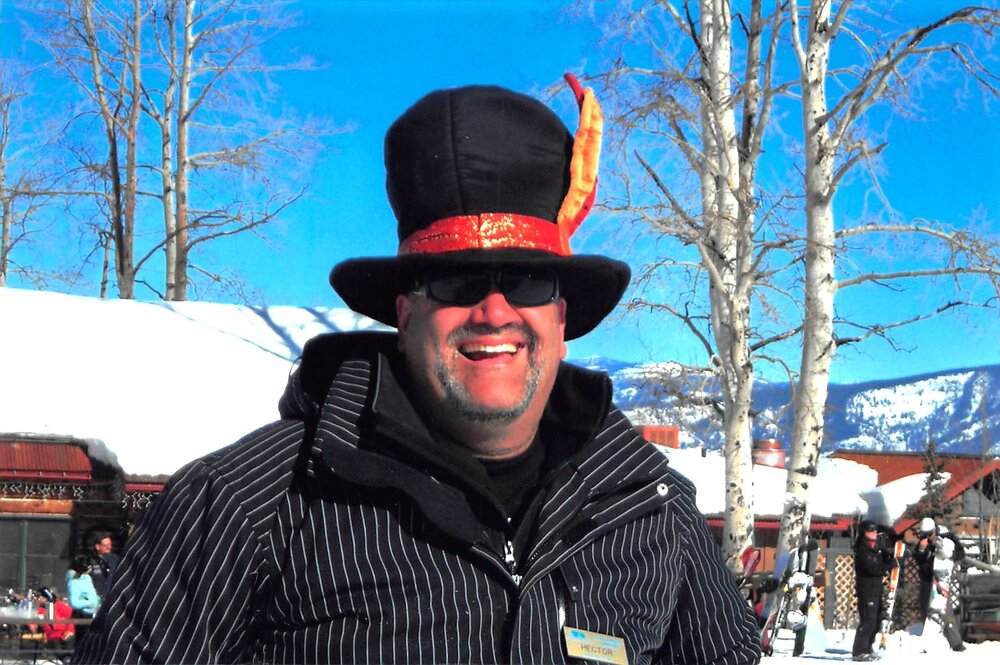 Hector Javier Carrillo passed away unexpectedly on Sunday, May 29. He was 59, weeks shy of turning 60.

He was beloved by his mother, Josefina; his siblings, Maria and Orlando; his brother and sister from other mothers, Kevin and Loren; his nieces and nephews, Nicholas, Carmen, Ashley and Connor; and the friends he made around the world.

His mother loved to tell the story - though he didn’t always love to hear it - about how he was conceived on his parents’ first night in America after they’d left Cuba in exile. So much for family planning, she’d say.

His nickname was Tico, and some still called him that. He was an adorable child, particularly when wearing a bunny suit, and he was his baby sister’s constant companion for years and her sparring partner at times. Luckily, their younger brother came along and gave them something special to share.

As a teenager, he was painfully shy and model handsome. He didn’t realize the girls were crazy for him.

He grew up surrounded by a network of Cuban families, who bonded as the Dirty Dozen. They traveled together, held parties, joked and laughed and became an extended family. Some of those early trips inspired his passion for skiing.

Hector and his siblings graduated from Lake Braddock Secondary School in Burke, Va. Hector went on to attend the University of Virginia on a ROTC scholarship, but the Navy ultimately wasn’t for him. He ended up at George Mason University, where he got his bachelor’s degree in communications.

After a brief stint as a bank teller, he ended up working at Radio Marti, the Voice of America agency that broadcasts into Cuba. He was there for more than 34 years, retiring early this year. He was fiercely proud of his heritage and thankful to work in a profession that allowed him to uplift the island nation.

He also got the chance to meet celebrities through his work, including Celia Cruz, Tony Perez and Jose Fernandez.

When he skied, he loved taking the slow way down the mountainside, he said, so he could soak in the scenery.

And he loved meeting people, engaging with everyone, no longer a shy guy.

“Your brother was the most amazing human,” said one of his ski club friends. “I have so many stories, all which end in laughter and love. No words can describe your brother or the grief of losing him. I just hope you know how much he loved you and how much he was loved.”

Hector brought back beautiful keepsakes and gifts from his travels, and he had a fondness for Anthony Bourdain. He loved the ocean and snorkeling and lived by the beach in Miami for 24 years. He amassed an extensive shell collection.

He was a tall, hefty guy, but he was sweet and endearing, almost childlike at times. He subscribed to the Disney channel and relished the chance to smoke a cigar and sip on honey whiskey. He savored great food but also, for some reason, was a fan of potted meat. He often went to professional football, basketball and baseball games with his brother and nephews and was a regular bicyclist on the boardwalk at the beach. As always, he was never in a rush to get where he was going, taking in the sights and sounds and chatting with strangers.

Hector had made plans to buy a condo in Gulfport, Fla., in June. He looked forward to watching sunrises and sunsets from a patio on the waterfront.

Hector was preceded in death by the father he dearly loved, Hector Evelio Carrillo, and by Lucy, the dog who was by his side for 15 years until her death in March. Who’s a good girl?

Condolences may be sent to the family at 5932 5th Ave. N, St. Petersburg, Fl. 33710. We would appreciate any stories and memories you’d like to share.

To send flowers to the family or plant a tree in memory of Hector Carrillo, please visit Tribute Store
Saturday
11
June