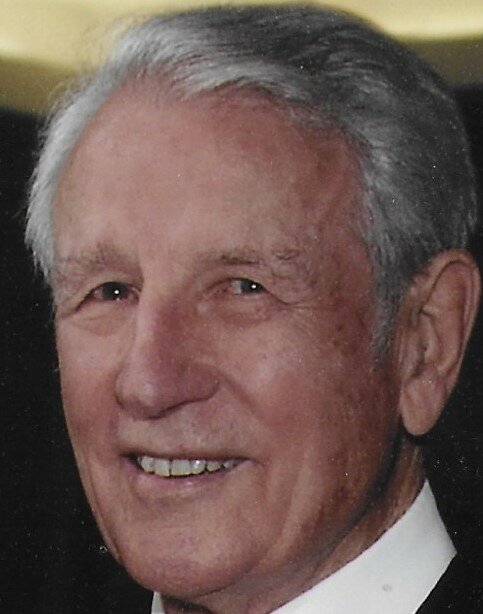 Born at home, in Tampa, Florida, on May 17, 1921, the first child of Hipólito and Dolores “Lola” (Álvarez) Rodríguez. He was preceded in death by his parents and his brother, Herman Rodríguez, and his wife, Betty (née Latimer). He is survived by his son, Charles, daughter-inlaw, Annamaria, of Naples, Italy, and their daughter, Lucrezia, and sister, Irma Waddell, of Tallahassee, Florida. He served in the Army Air Corp during WWII, and afterwards attended the University of Iowa, where he met Betty. Upon returning to Florida, he enjoyed a career as a sales representative for Sunshine Biscuit Co. For many years he was a member of Bayside Civitan Club, serving as its president in 1965. He was a faithful Catholic all of his life and in more recent years a member of the Saint John Vianney Catholic Church. He enjoyed fishing, golf, and in his retirement years, traveling in the United States and Europe. He was an excellent woodworker and enjoyed making special gifts for friends and relatives, as well as furnishings for his home.

To send flowers to the family or plant a tree in memory of Paul Rodriguez, please visit Tribute Store

Share Your Memory of
Paul
Upload Your Memory View All Memories
Be the first to upload a memory!
Share A Memory
Send Flowers