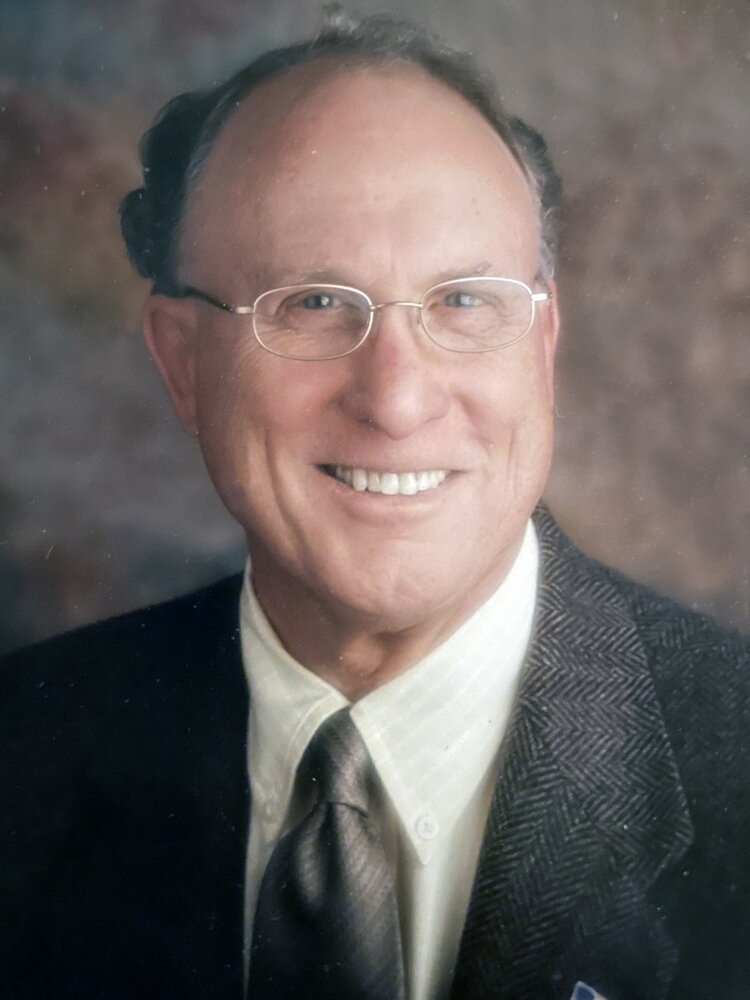 Dr. Dariel Dee Martin passed away on December 12, 2021 at the age of 87 in St. Petersburg, Florida after a 3-month battle with Covid-19. During that illness, he showed the same courage that was typical of the way he had faced all of life’s challenges. He was a loving husband, father, brother, uncle, professional educational administrator, and friend to all.

Dr. Martin was born in 1934 in Tustin, California, to Shavor and Lona Martin. His father was a farmer. After graduating from Campbell High School he joined the Air Force. After serving in the Air Force in Bermuda, Dariel returned to San Jose, California, working as a machinist while attending college night classes at San Jose State University. In 1963 he moved his young family to Paradise, California, and soon after finished his Bachelor’s degree at Chico State University. He was the first in his extended family to attend college and earn a degree. After teaching junior high and high school for several years, he was admitted into the Masters and Doctoral program for Education at Oregon State University in Corvallis, and subsequently earned his EdD degree, Doctor of Education.

Dr. Martin was the Vice President for Academic Affairs at Utah Technical College at Provo, Utah in its infancy from 1975 to 1982.  In that role, he jump-started the programs under his supervision to levels of sophistication that later led the school to university status.

In 1982, Dr. Martin accepted an executive position as Director of Vocational Training in Jeddah, Saudi Arabia. While living there he became an accomplished scuba diver and avid seashell collector, and went on innumerable dives in the crystalline waters of the Red Sea. He also immersed himself in the cultural history of the Middle East and the Mediterranean region, exploring Petra, Yemen, the pyramids of Giza, and many archeological sites in Greece.

In the early 1990's, he returned to Utah Valley State College as Dean of Trades and Technology. As Dean, he instituted new programs and contemporary practices in STEM (Science, Technology, Engineering, and Math), including an aviation program that now hosts students from around the globe. He was a colleague and a supervisor who reflected professionalism, integrity, and sensitivity.

In the early 2000’s, Dr. Martin began serving as Dean of Science & Applied Technology at the Manassas Campus of Northern Virginia Community College until his retirement in 2009. He breathed new life into the department, campus, and college. His most lasting impact was in the surrounding northern Virginia community where he developed and implemented STEM programs with the area public schools through partnerships with businesses, including a highly successful robotics summer camp he developed and managed. His programs served as a model for the public schools and Virginia’s Community College System.

Dr. Martin was a dedicated genealogist, tracing and confirming his family’s roots back to the 16th century in Bristol, England. His dedication to his family’s history resulted in extensive knowledge that he passed along to family members in his Martin Family Treatise that he wrote in 2016.

He was an avid outdoorsman and took his young family on many camping, fishing, and hiking trips in the Gold Country of northern California and the Cascade Mountains of Oregon. One Christmas while living in Paradise, California, he climbed a 75-foot pine tree to harvest the perfectly shaped Christmas tree from its top with a 40-pound chain saw. During a hot summer in the mid 1960’s, as the Oroville Dam was being built, he worked on a team that cut all the trees and brush from the steep slopes that would soon be underwater.  He was a renaissance man who taught his sons how to work with wood, repair engines, grow a garden, raise livestock, catch fish, cook over a fire, and to dream big.

He is survived by his wife of 10 years, Linda Martin, of Gulfport, Florida, his three sons Scott Martin and his wife Eliza Skye Waugh, Perry Martin and his wife Leann, Kelly Martin, grandchildren Casey, Jameson, Wyatt and Henry Martin (to whom he was their dear Papa Dee), his brother Merle Martin, sister Beverly Horton, and the mother of his three sons, Joan Martin of Mesa Arizona. He is also survived by his beloved cats Plum, Donna and Sue. He was preceded in death by his older brother W. J. Martin. He will be missed but never forgotten.

Private services will be arranged in the spring in Gulfport, Florida, and another service on the west coast is yet to be arranged. The family requests that in lieu of flowers, memorial gifts be donated to A Forever Home Rescue Foundation in Chantilly, VA at https://www.aforeverhome.org.

To send flowers to the family or plant a tree in memory of Dr. Dariel Martin , please visit Tribute Store