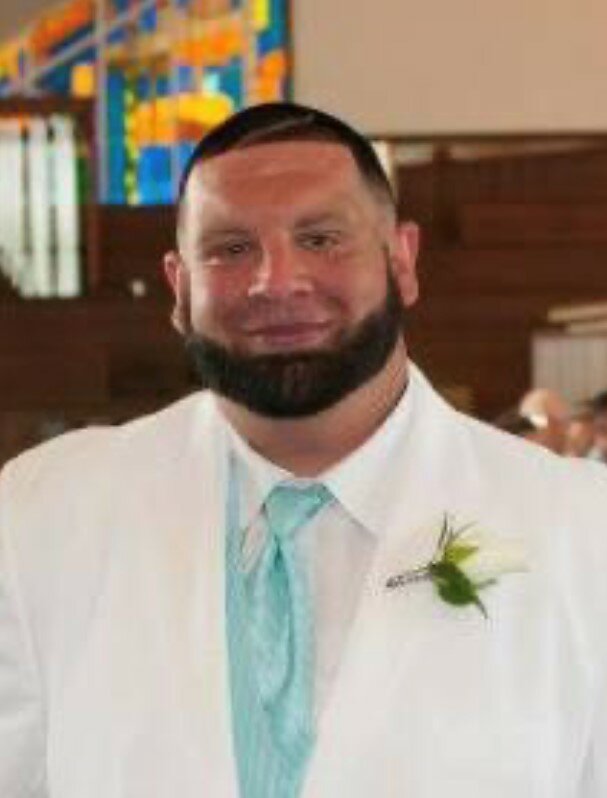 It is with great sadness that we announce the passing of Guy “Big Dog” Rabich, 39 of St Petersburg, FL on Saturday, January 1, 2022. Guy was born on Feb 8, 1982, in Pittsburgh, PA. He was raised by his single “mum” in a “haus” full of love and laughter created by family, and friends. At the age of 11, he moved with his mother to St. Petersburg to join his beloved grandmother “G”. He graduated from Dixie M. Hollins High School with the Class of 2000, was a good student and excelled in several sports where he was given the name “Big Dog” due to his stature and huge heart. Many times, he could be found making new friends on the opposing team’s bench. He continued to make friends throughout his entire life as friendship became the core and foundation of who he was. If you were a friend of Guys, then you were a friend for life. At the young age of 17, Guy was diagnosed with Non-Hodgkin’s Lymphoma. He fought a long 3- year battle and was ultimately victorious and declared cancer free in 2004. However, the long terms effects of the chemotherapy, left him with damage to his heart that progressed over time, shortening his life and resulted in his untimely death. This gentle giant went on to use his big heart and magnanimous personality to turn his passion into a career. As a collector of celebrity memorabilia, he was loved on the graphing circuit by his colleagues and celebrities alike. If Guy was not traveling, which he often was, he could be found spending time with his family, running “Uncle Guy’s” day care for his adoptive nieces and nephews, or grillin’ and chillin’ with his friends. He will be dearly missed and remembered forever in our hearts. Guy was predeceased by his maternal grandmother, “G” Marian Jo Hohl, his “Aunti” Joanie Hohl,  Uncle Michael Petreski, and paternal grandparents Arnie and Dolly Traud. He is survived by his mother Christy Joy Rabich, his father Guy Allen Rabich, siblings Shelton, Regina, and Brandon, uncles Joey (Nancy) Hohl, Jimmy Joe Hohl, Scott Rabich, Ed Traud, nephews, Donovan, Landen, and Ayden. Cousins, Kirstie V. Bum Hohl, Leigha Renee Hohl, Godson Cody James  Hohl, Chad (Sarah), Olivia, and Emelia Maldonado. Guy is also survived by numerous extended family members, friends, neighbors, Aunt Deb and  his Great Godmother  Auntie Jean Osada. There will be a Celebration of Guy’s Life to be held for loved ones at Florida Beach Banquets at 5501 Gulf Blvd on St Pete Beach, Saturday, January 8, 2022, from 5pm -7pm. There will be plans to hold an additional celebration of his life for his Pittsburgh friends, family and the rest of “yinz” at a later date. In lieu of flowers, donations can be made to All Children Hospital or the GoFundMe account at https://gofund.me/2824734c If attending the Celebration of Life, please wear a mask while visiting with family and friends.

To send flowers to the family or plant a tree in memory of Guy Rabich , please visit Tribute Store
Saturday
8
January