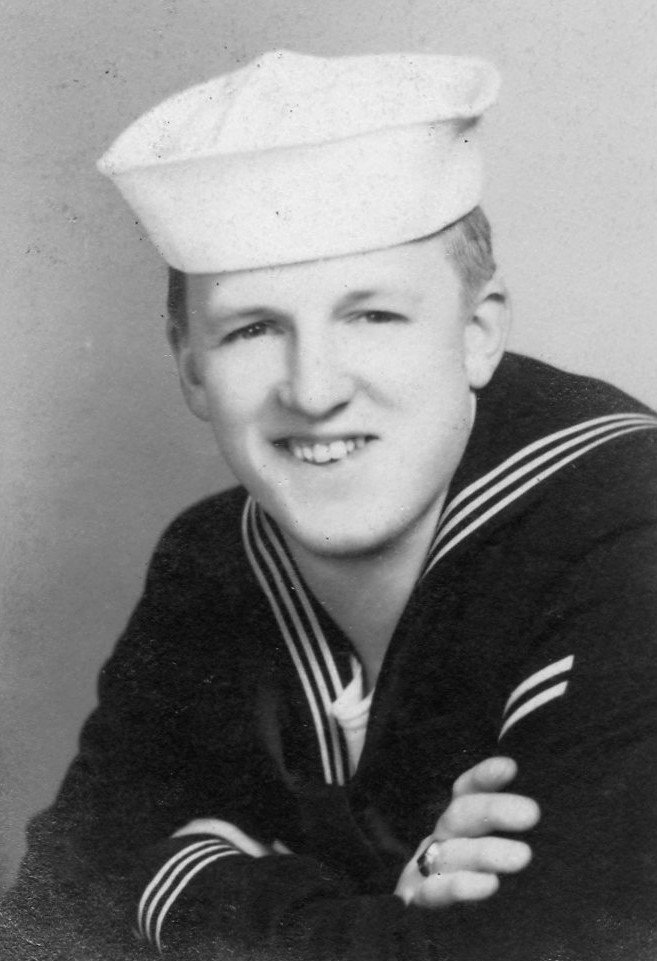 Charles was a devoted husband and father to his family. He was the President of Leslie, Hicks and Strayer & Associates, Inc., Venice FL., and President of George F. Young, of Sarasota County, Inc. Venice FL. Charles was a Professional Land Surveyor and accomplished in mathematics. He grew up playing sports, and was a speedy winger in hockey, and a halfback in football. He proudly served in the United States Navy, aboard the Destroyer USS Meredith. He enjoyed boating, golfing, barbecuing, gardening and writing.

He was a special man. What made him so special was his kindness and love. After being introduced to his wife Dolores H. Leslie, then a widow with five young children, he became a devoted husband and father. Even though he worked long hours he would never miss a game or event of one of his children. He loved Dolores so much that he converted to Catholicism and together became Prayer Leaders, Eucharistic Ministers and Marriage Encounter Leaders. He also published a monthly newsletter “Chuck’s Corner” where he wrote poems, shared encouraging stories, and quoted scripture. He was a published writer, having won an award from the International Society of Poets for Outstanding Achievement in Poetry.

Chuck and Dee were inseparable, and as they aged, she became less mobile, and he was the first to be afflicted by Alzheimer’s. She became his mind and he her legs. When she passed away on February 2, 2021, we knew they wouldn’t be separated for long, and are reunited eternally.

Charles is survived by daughters, Marsha Blattner (Michael), Diana Quinlivan (Mike), sons, Paul Roberts (Gena) and Jeffery Roberts (Ceci); 22 grandchildren, 42 great-grandchildren, 20 great-great-grandchildren and many nieces and nephews.  He was preceded in death by his parents and son and daughter-in-law, James C. and Judith Roberts.

In lieu of flowers, memorial contributions may be made to Suncoast Hospice, in Charles’ memory.

To send flowers to the family or plant a tree in memory of Charles Leslie, please visit Tribute Store
Friday
21
May

Share Your Memory of
Charles
Upload Your Memory View All Memories
Be the first to upload a memory!
Share A Memory
Send Flowers