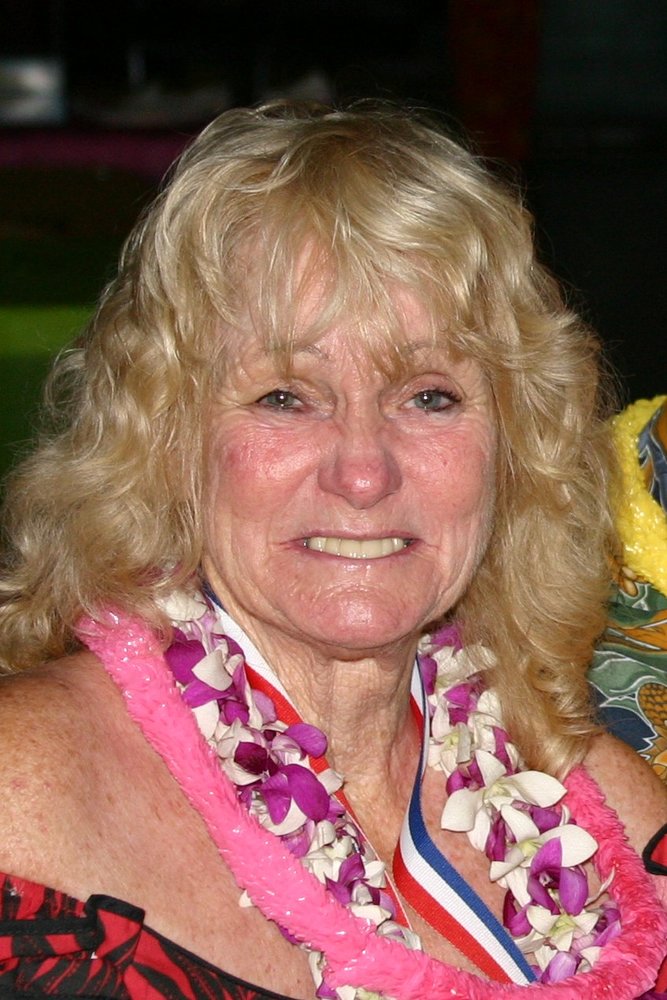 Gwen (Gwendolyn) J. Rohrs, 79, of Largo, FL passed away peacefully at home on August 31, 2020 with her loving husband Dick by her side.  Gwen fought and beat both colon and Stage 4 lung cancer over the past 5 years.  She ultimately succumbed to Alzheimer’s after a long battle.  Gwen was survived by her husband of 63 years, Dick Rohrs.  Their daughter Carla (Greg) Woycio, two sons Carl Rohrs Jr. (Laurie) Rohrs; and Jeffrey (Denise) Rohrs.; their beloved grandchildren Scott Woycio, Larisa Woycio, Kaleb Rohrs, Mason Rohrs and Rachel Rohrs; sister Alice (Larry) Johnson and Brother Clark (Mary) Braden.  Gwen was preceded in death by her eldest grandson Jason Woycio.

Gwen was born in Birmingham, Alabama in 1940, she was to turn 80 this October.  In 1955 she met her husband Dick, by what can only be considered fate, destiny, or divine intervention.  They were married in Orlando at Pinecastle Air Force Base in October of 1956.  That union lead them down a road of adventure, love, family, and happiness. Gwen was only 16 when they married, but they built an amazing life together that took them to every corner of the United States, crisscrossing it many times over a span of their 63 years together.  After getting married in 1956 they moved to Homestead, where Dick was stationed at Homestead Air Force Base.  During their first two months in Homestead they lived on Dick’s $7.00 monthly income, due to being accidently overpaid in previous paychecks.  They built a happy life together and their daughter Carla was born in 1959 on Homestead Air Force Base.  In the 9 years between Carla’s birth and their first-born son Carl Rohrs Jr. (Rick) arrival in 1968, they moved numerous times.  They moved from Florida, to Texas, then to Nebraska, back to Florida, to California and finally to Mississippi where Rick was born on Keesler Air Force Base.  After Rick’s birth they moved to California for a second time and then to New Mexico where their youngest son Jeffrey (Jeff) was born on Holloman Air Force Base in 1971.

After being in the Air Force for 20 years Dick retired in 1974.  His retirement, however, did not stop the family from moving.  With 3 kids they continued their journey moving numerous times due to Dick’s job with Honeywell!  They finally, in 1980 settled in Largo, where they purchased a home and lived for almost 20 years.

Gwen was filled with life and had a radiant smile that drew people to her.  She had a lengthy list of things she absolutely loved.  She loved to dance and took any opportunity to do so, whether it was at parties with their Honeywell family or at the Legion on a Friday night.  She loved to sunbath; attend parties; eat anything with pecans, especially pecan pie; and she loved being with friends.  She loved her white Zinfandel and was famous for her rum punch.  She loved to collect things; whether it was owl decorations, shoes (which numbered over 100), animal print clothing, earrings (the bigger they were the better) and magnets.  Gwen was famous for her magnet collection. The magnets also numbered in the 100’s.  The magnets on their fridge were an attraction in the Rohrs household for all that visited, whether young or old, everyone enjoyed them. Gwen loved to eat out in restaurants.  Not only did she love to eat out, but she loved getting to know those that served her.  Whether it was at the Mountain View Restaurant in New Mexico, the Thailand Restaurant in Tampa, Joto’s Pizza in Seminole, or at PJ’; Gwen’s favorite for the past 25+ years.  She and Dick got to know the families that owned the restaurants as well as the workers.  The two of them literally lived the phrase “where everyone knows your name”.  Gwen loved her pets.  During her lifetime she and Dick had a monkey, rabbits, Ferrets, hamsters and a myna bird.  There were two squirrels named peanut and booger.  They had snakes and a snack pit because of their sons, which she did not necessary love but tolerated.  Gwen and Dick built a large pond in their back yard in Largo and had Koi fish for many years.  She loved the crankiest and ugliest bird, named Larry Bird who had free roam of their house.  And in the past 20 years she deeply loved their two dogs, Gizmo and Oreo.   Gwen also loved to golf and bowl.  Bowling was a huge part of her life.  She bowled on multiple leagues, a couple of nights a week, for 30+ years.  In the early 80’s Gwen was a volunteer for an Up And Down bowling league.  It was a league for handicapped wheelchair bowlers.

In 1989 after many years of being a stay at home Mom, Gwen decided she wanted to work.  She earned her certificate to be a certified nursing assistant, which lead her on a journey of helping people.  She deeply cared for those that could not care for themselves.

In 1999 Gwen and Dick set out on their biggest adventure of traveling in their RV half of each calendar year.  In their 20 years of traveling they visited more places than most could ever dream of.  They covered 49 states making their way back and forth, up and down all over the United States.  They even traveled as far East as Prince Edward Island; through Canada many times; and made the trek all the way to Alaska.  However, the bridge wasn’t long enough for them to travel in their RV to Hawaii.  So, in 2004 they finally took their long-awaited trip to Hawaii.  Their adventures also took them to the Bahamans, Jamaica, Aruba and Barbados.  Gwen loved traveling with friends.  Many of their island and RV trips were with amazing friends.  Over the past 20 years their traveling included an annual trip to a farm in Iowa for “Choir Practice”.  Choir Practice was not held at a local church preparing for Sunday services, it was a gathering of cherished friends who were retires from Honeywell. Choir Practice was a week of working around the farm but most importantly was a week of shenanigans for these retires.

Gwen was blessed to be a Grandmother 6 times.  Her life as a Grandmother spanned 44 years, starting with her first grandson, Jason Woycio born in 1976.  Jason forever gave her the name “Ninny”, which all the grandchildren continued calling her until her passing.  Her second grandson, Scott Woycio was born 9 years later, then along came her first granddaughter Larisa Woycio two years later.  Gwen loved being “Ninny” to her grandkids.  And, after a 18 year gap the next grandson, Kaleb Rohrs was born.  Kaleb’s brother Mason Rohrs was born 4 years later.  Their last grandchild, Rachel Rohrs was born in 2009.

Gwen lived a very full life.  She never hesitated to do something at a moment’s notice, and she loved to have fun.  Gwen was filled with grit, determination, and perseverance.  Especially during the last few years battling two different types of cancer, at the same time she was battling Alzheimer’s.  But, most importantly her life was filled with love.  The love of a devoted husband who was not only by her side for 63 years, but a husband who also became her caregiver the last few years of her life.  And the love of her children and grandchildren.  This is Gwen’s legacy.

In lieu of flowers, the family would like donations to be made to Suncoast Hospice who took care of her in her final days.  Please feel free to share on Gwen’s A Life Tribute Wall, photographs, memories and stories of Gwen. A Celebration of Life will be held at a later date

To send flowers to the family or plant a tree in memory of Gwen Rohrs, please visit Tribute Store

Share Your Memory of
Gwen
Upload Your Memory View All Memories
Be the first to upload a memory!
Share A Memory
Send Flowers