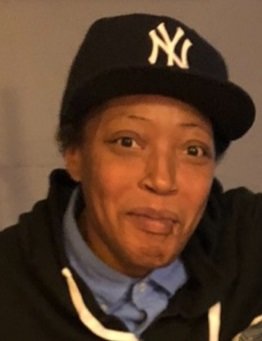 Lateisha Ann Scott, 45, daughter of the late Bessie Scott was born on July 2nd, 1975. Teisha as her family called her, attended school in Queens NY. She attended and graduated from PS116, IS238, and John Bowne High School.

As a young adult Teisha relocated to Douglasville GA. She started her family and worked as a forklift operator. She enjoyed working in the labor industry. She relocated to Florida in July of 2014., Where she lived with her sister (Cassandra Scott). She enjoyed music, family gatherings and simply sitting on the front porch playing UNO and Trouble with the family. Sometimes you could catch her in the living room dancing and doing a “two step “with her niece. She had a happy spirit and wanted everyone around her to be happy. She always thought positive and had positive things to say. Her favorite TV shows with family were America’s got talent, the Voice, Sunday’s Best, Love and Hip Hop and her most favorite was Wildin out.

Teisha was genuine with a sincere heart, willing to do whatever she could for family and friends. She was a giver and would share anything except her chocolate candy.  She was protective over her children and family, she loved them unconditionally. Fashion was her passion. She loved to shop the latest trends and dress her best. Her Yankee hat had to match her sneakers. She was humble and appreciative, never asking for too much. When greeting her family, she would usually say “buy me some sneakers or “give me twenty dollars”.

In her alone time, she read her Bible and prayed. She believed without a doubt that she was being healed mentally and physically by reading the word. Her favorite gospel song was “He knows my name” by Tasha Cobb and she would play the song over and over. She was not shy about sharing scriptures or her testimonies. She often spoke about finding her purpose in life.

Teisha was a Mother, Sister and Friend. She was preceded in death by her mother Bessie Scott, Brothers Daniel and Johnnie Scott, Sisters Lizzie Brownlow and Nancy Frasier, and her God mother Cynthia McGriff.

To send flowers to the family or plant a tree in memory of Lateisha Scott, please visit Tribute Store
Saturday
5
September

Gathering of Family and Friends

Share Your Memory of
Lateisha
Upload Your Memory View All Memories
Be the first to upload a memory!
Share A Memory
Send Flowers