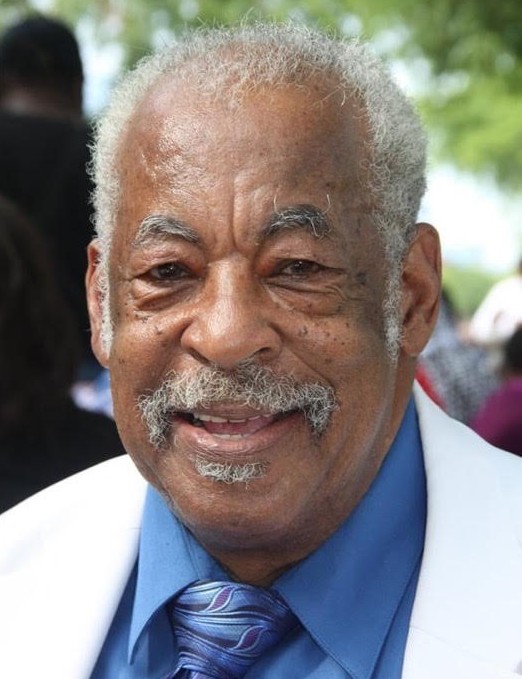 EDWARD LEE LEWIS, JR., was born on November 21, 1941 in Yazoo City, Mississippi to Edward Lee Lewis, Sr. and Odessa Rolland. Edward was a graduate of Yazoo City Training School, class of 1959. While in high school, he played second string quarterback, along with his longtime friend, NFL Hall of Famer, Willie Brown.

Edward served in the military from 1964 to 1970 as a Vietnam Veteran. He retired with an honorable discharge. He later was employed as an expert mixologist for many years at the Captain’s Table Lounge. He was also a Field Representative for the Chicago Department of Housing.  Edward was known for his culinary skills, and worked for a Chicago catering company for many years.  Edward was also a fashion model and was known for his dapper appearance and for wearing the finest apparel.

At an early age, Edward baptized at Mount Sinai Baptist Church in Yazoo City, Mississippi by the late Reverend Ed Coleman. In 2004, he became a member of the Mount Carmel Missionary Baptist Church in Chicago, Illinois where Rev. Dr. Robert Jones Jr. is the Pastor. He served as the Pastor’s Usher and traveled on scholarship trips and senior outings.

In lieu of flowers, please share your condolences with the family below, via email,  rememberingedwardlewis@gmail.com or submit video condolences here: https://bit.ly/RememberingEdwardLewis

The family truly appreciates your expressions of love and prayers.

To send flowers to the family or plant a tree in memory of Edward Lewis, please visit Tribute Store
Thursday
6
August

Share Your Memory of
Edward
Upload Your Memory View All Memories
Be the first to upload a memory!
Share A Memory
Send Flowers