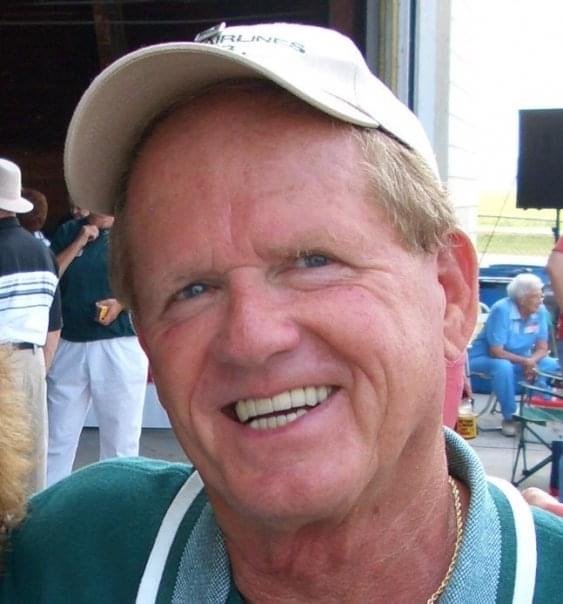 It is with a heavy heart and great sadness that I announce the passing of John Joseph O'Brien, Jr. “Jack” of South Pasadena, Florida. Preceded by his parents, John J. O’Brien Sr. and Margaret Johnston O’Brien and survived by his daughters Beth Allison Hart (Myles) of St. Charles, Missouri and Megan Ashley O'Brien (future son-in-law Jim Russom) of St. Paul, Missouri.  He was Papa to two grandchildren, Alex & Austin Hart.

Jack earned his heavenly wings on May 29, 2020 at the age of 81when God called him home for his final flight.

Jack was born in Oak Park, Illinois on February 26, 1939. From an early age he knew he wanted to become a pilot and received his student pilot license in 1959 and private license in 1960. He joined the United States Air Force in 1958 where he served 4 years in Lincoln, Nebraska as an Airman First Class  E-4 and an Aircraft Instrument Technician.

If you flew with him you knew you were in safe hands.  He traveled the world and experienced life in the days when being a pilot was fun. He enjoyed retirement so much that you couldn't keep him in one place for long. He continued his love of flying which took him to the position of Chief Pilot & Director of Safety & Training for Southeast Airlines based out of Largo, Florida.

There is no doubt that he was the "Jack of all Trades" from owning and flying many types of planes, was a hot air balloon pilot, held his auctioneer license, owned a bike shop, a used car lot, was a real estate agent, a minister, that is the tip of the iceberg on all his accomplishments. His passions did not go unnoticed and his love of planes were never questioned. He spent almost every day at Albert Whitted Airport in St. Petersburg, Florida where he made many friends, everyone knew his name and he spent time with his favorite mechanic and forever friend, Roy.  Up until the two weeks before he passed, he was still working as the head of flight operations for Tuncer Aviation/SSL Store.

Jack received many awards throughout his career and in 2011 he received the most prestigious award there is in aviation, “The Wright Brothers "Master Pilot" Award” for his dedicated service, technical expertise, professionalism, and many outstanding contributions that further the cause of aviation safety.

Jack surrounded himself with truly the best and his infectious smile which lit up a room and was appreciated by the ladies and all his friends. His goal was to walk his youngest daughter, Megan, down the aisle on December 11th, to give her hand to Jim, have that father daughter dance and most importantly have both of his daughters to be with him. If you talked with Jack you knew his daughters were his world.

Dad, we might not have become the pilots you wanted us to but Beth & I hope we made you proud.

A Celebration of Life is scheduled for Saturday, June 27, 2020 at Albert Whitted Airport Hanger 1 from 1:00 - 4:00 p.m.  Come share your stories, memories and watch his final flight.

To send flowers to the family or plant a tree in memory of John O'Brien JR (Jack), please visit Tribute Store
Saturday
27
June

A Celebration of Life