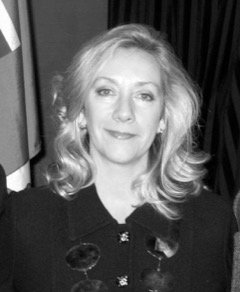 Carol Eleanor Henderson, professor, writer, legal expert and beloved friend, passed away peacefully at her home in St. Pete Beach, Florida on May 14, 2020.  She is survived by her two brothers, Jeffrey and Robert Henderson, by her cousins, Linda, Ann and Michael, and by her numerous close personal and professional friends.

Born in Smithtown, New York, Carol spent her grade school years with her family in Virginia and in Miami and Sarasota, Florida, before moving up to Gainesville, where she attended the University of Florida.  After earning her Bachelor of Arts degree, she continued on to the George Washington University Law School, where she received her Juris Doctor and began her exemplary and outstanding career as a professor, author and expert on the intersection of science, evidence and the law.

After starting as an Assistant United States Attorney in Washington, DC, she worked as a senior corporate litigation associate in a large Miami firm, and then joined the faculty of the NSU Shepard Broad College of Law.  She most recently served as a tenured professor at Stetson University College of Law in St. Petersburg. Florida.  Carol was the founding director of the award winning National Clearinghouse for Science, Technology and the Law, an interdisciplinary resource that provides education and information to scientists, legal professionals, law enforcement, academics and the public worldwide.  In addition to teaching, writing and operating and expanding the Clearinghouse, she presented hundreds of lectures, webinars and workshops on scientific evidence all across the globe, was the recipient of awards and honors too numerous to mention, and testified before the United States Congress.

Carol was the consummate expert on scientific evidence and the law, but she was also beloved by family and by friends around the world.  Her work allowed her to travel widely and her abiding interest in all that she saw and experienced won her life-long friends in such far-flung places as Darwin, Hong Kong and California.

In lieu of flowers, the family requests a donation in Carol’s name to the Forensic Sciences Foundation, Inc. located at 410 North 21st Street, Colorado Springs, CO 80904 or to an appropriate charity.

The present coronavirus lockdown doesn’t permit Carol’s friends and family to organize or hold an appropriate memorial service.  Once we are able to do so, we will post the information on this website

To send flowers to the family or plant a tree in memory of Carol Henderson , please visit Tribute Store

Share Your Memory of
Carol
Upload Your Memory View All Memories
Be the first to upload a memory!
Share A Memory
Send Flowers