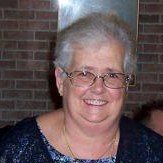 Kaczmarek, Mary Louise "Mary Lou", 81 of Largo, FL passed away March 5, 2020 at Bayfront Medical Center in the Suncoast Hospice Care Center.  Born on November 6, 1938, in Nashville, TN.  Prior to living in Largo, she lived in Homosassa Springs, FL for over 20 years and prior to becoming a year round Florida resident, she also lived in Dayton, OH and near New Carlisle, OH.

Mary Lou spent most of her married life as a homemaker, raising her five busy kids. During the child raising years she was a prolific volunteer, volunteering mostly in scouts and sports.  She was a voracious reader and enjoyed solving crossword puzzles. She loved to tell a story(many times over) to anyone who would listen.  She was a warrior woman who would and did go to battle for any cause.

A memorial service will be held at 9 AM, Thursday, March 12, 2020, at A Life Tribute Funeral Care, 716 Seminole Blvd, Largo, FL 33770, with burial immediately after a Sunnyside Cemetery, 5300 19th St. N. St. Petersburg, to be officiated by Pastor Jay Black.  In lieu of flowers, memorial donations may be made to Suncoast Hospice.

To send flowers to the family or plant a tree in memory of Mary Kaczmarek, please visit Tribute Store

Share Your Memory of
Mary
Upload Your Memory View All Memories
Be the first to upload a memory!
Share A Memory
Send Flowers