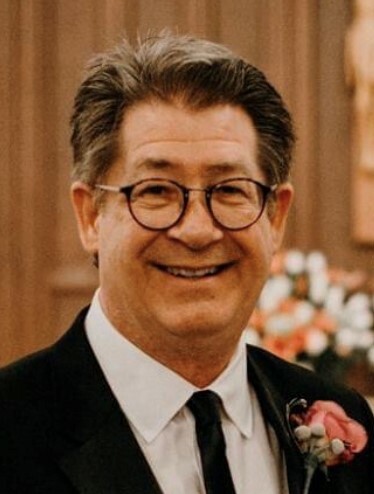 Andrew Frank Szeltner, 67, of Palm Harbor passed away on May 23, 2022. Andrew was born on December 31, 1954 to Peter and Theresa Szeltner (Mueller) in Cleveland, Ohio. He was the oldest of six boys and the first member of the family born in the United States. Andrew studied marketing at John Carroll University, where he was captain of the varsity soccer team (and received the 1976 MVP Award), was president of the Marketing Association, and was a founding pledge-master of Iota Phi Theta Service fraternity. After graduating, he started his first job at The Higbee Company, kickstarting his long and successful career in men’s retail. In 1989, he met Elizabeth Szeltner (Bailey) and her daughter April Bailey in El Paso, Texas and they went on to have three children who were his pride and joy: Catherine (Matthew) Hadro, Anthony (Madison), and Samuel. Andrew was a 30-year parishioner at Espiritu Santo Catholic Church and was heavily involved in several ministries; he was the longtime coordinator of Lector Ministry and was a Fourth Degree member of the Knights of Columbus Council 7109. He spent his last year of life working part-time at the local John Geigle YMCA, where he was known for his big smile and ability to talk to members of all ages. Andrew was an avid golfer, the most reliable airport chauffeur, great sports fan, a faithful Catholic, and the most loving father, brother, and uncle. Andrew is survived by his children, five younger brothers, Peter (Renate), John (Heidi), Joseph (Lynda), George (Julie), Thomas (Mary), his 13 nieces and nephews, and his three cousins who were like sisters, Elisabeth Filippi (Robert), Barbara Hermann (Hanz), and Theresa Gutwein (Bob). Services will be held at Espiritu Santo Catholic Church on Saturday, May 28. There will be a 9:00 am viewing and a 10:00 am Mass, immediately followed by a reception at the Safety Harbor Community Center. In lieu of flowers, the family requests donations be made to either Espiritu Santo Catholic Church, the John Geigle YMCA, or the Knights of Columbus.